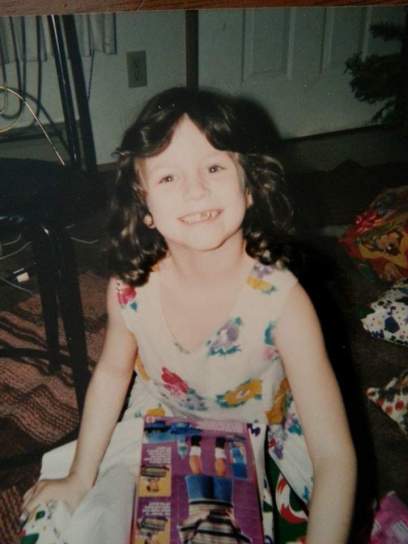 Even though it will be twenty years ago tomorrow, I remember it almost as if it happened just yesterday.  It was the summer before my 16th birthday.  I had spent most of those hot, sultry days palling around with Nicole, my best friend, laying around the house…swimming in the pool…hanging out at church…or just generally goofing off before school started.  On the morning of September 1, 1997, I set off just like any other day, to Nicole’s house.  She only lived a few blocks away, so it was a short walk, and she wasn’t quite ready when I arrived so I waited in the living room for her.  The picture on the front of the newspaper sitting on the coffee table caught my eye…Since we didn’t have cable to watch the news, that was the moment I learned that Princess Diana had died.

I’m not entirely sure why it hit me so hard that day.  At that age, I knew next to nothing about the royals – I hadn’t even fallen in love with history yet – but seeing her face staring up at me caused a lump to form in my throat.  Unexpected waves of nausea crashed through my stomach and the deep sense of foreboding stayed with me through the next two weeks…until the day my life changed forever.

September 17, 1997 started out terribly.  At some point between the day I read the news to that morning, Nicole and I had gotten in a tiff.  I don’t even remember what it was about, but it had to do with my cousin, Aimee.  She was a few years older than I was and always seemed to be annoyed by me.  I guess I can’t blame her.  My mom and step-dad had just gone through a difficult time and we had to spend some time living with my step-grandmother.  Aimee and her mom were living there too and because there were so many of us and so little house, we had to share a room.  I was probably always underfoot and in her business because I looked up to her and wanted to belong with her cool group of friends.  I’m sure I was a real pain.  I would have been sick of me too.  We had moved out by the end of August, but the resentment still lingered.  Nicole happened to be dating an older boy who was friends with my cousin.  They all hung out together and I ended up being on the outs.  That morning, we spent our first period class together sniping at each other and behaving like cruel teenage girls.

I spent my lunch hiding out and avoiding everyone so I almost missed the call over the intercom for me to come to the office.  What now? I thought.  Everyone looked so somber when I walked into the counseling center.  It felt as though someone had died.  It turns out…someone had…or was about to.  Mr. B jumped up as soon as I walked in.  I had volunteered in the office the year before so they knew me well.  That’s probably why they had such a hard time with what they had to do.  When the words came tumbling out, it took me a moment to realize what he had just said.  My mom and sisters had been in a terrible accident and things didn’t look good.  I knew what happened in terrible accidents…I had just read about one claiming the life of a princess…but I pushed those thoughts away.  Surely it was just a few broken bones, right?

There were broken bones, but there were too many to be repaired…too serious to be fixed.  When I finally got to the hospital, they walked me back to the operating table to say goodbye.  I remember holding my sister’s hand and begging her to live.  Megan was only seven years old and had her whole life ahead of her.  Always kind to a fault, my mother once asked her why she was so nice to the kids that bullied her.  “Because they just need more love, Mom,” was her reply.  What a woman she would have been.

I could sit here and go into great detail about how this tragedy happened.  I could rage against who I thought was at fault or how if so-and-so had made different choices and this-or-that happened things would have been different…but what good would that do?  It wouldn’t bring my sister back and it wouldn’t make me feel better.  In fact, it would utterly besmirch her memory because, if I know anything about Megan, that would make her mad.  She’d never want to be associated with anger or judgment.  She’d only want me to show kindness, forgiveness, and love.

As we spend this week being inundated with documentaries and stories about Diana’s death, with the media and all the “experts” speculating on her cause of death and shaming those who they believe to be responsible, I urge you to tune it out.  This self-serving agenda does nothing to help the two wonderful young men she left behind.  In that same vein, let’s not put her on a pedestal, because that has the potential to cause equal damage.  Diana wonderful, but she made mistakes and had flaws too.  When we push those aside, she loses her humanity.  The fact that she inspired a deep adoration in spite of those flaws makes it all the more sweeter.

Losing Megan at the tender age of seven was hard, but it’s equally heartbreaking to lose the potential of who she might have become.  She will never know that sweet victory of eclipsing her mistakes or overcoming her own heartbreaks.  It’s completely far-fetched and incredibly sappy, but I’d like to think that Princess Diana was nearby when Megan went to Heaven.  Perhaps she said, “You sweet young girl, you’re far too young!  There are far too many lessons for you to learn!  Let’s have some tea and a chat – I’ve got so much to share with you.”